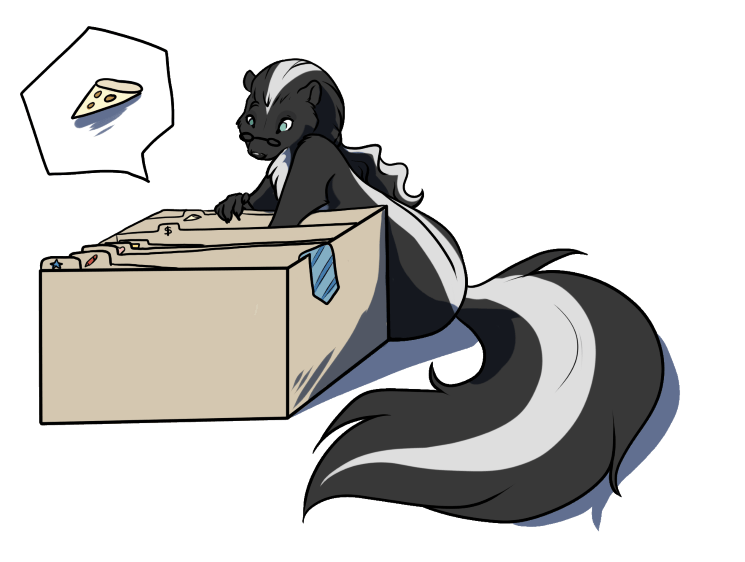 I recently received a Google Inbox invitation, after requesting it three weeks ago. And after trying it out… boy, I love it.

Here I’m going to tell you why I love it so much, why it suits perfectly into my inbox management technique, and why I think it’d be useful for other people too. Also, a little bit of what it could have to make it even better.

What is Inbox Zero?

This second aspect is really satisfactory, and I think that counts for a lot. Getting satisfaction out of doing thing is the most important part of being productive.

If you’re not used to the Inbox Zero technique, let me break it down for you:

This three simple rules make it so that you actually act on stuff, and what’s left of it is a simple task to-do list. Your Inbox now becomes your task list, and your goal is to make it go to Zero, hence the name of the technique. What is not actionable should go away.

The second benefit to this is that it forces you to get rid of the waste. If you receive promotions or social notifications and there’s nothing for you to do about them – do you really want them? When I started using this technique I started noticing all the stuff that was actually getting in my way rather than helping me. Then I created filters so that they didn’t bother me, then I finally realized I never went back to them and just disabled them. Please note that this is not about becoming antisocial and replying to every mail with “give me work!”, but rather to stop receiving things that you really don’t care about.

What is Google Inbox?

Google Inbox is a new service provided by Google which sits on top of GMail, which basically displays your inbox as a set of task lists. Each email in your inbox may be classified according to different rules and filters that you have setup in your account, and presented to you in a nice, minimalistic way. 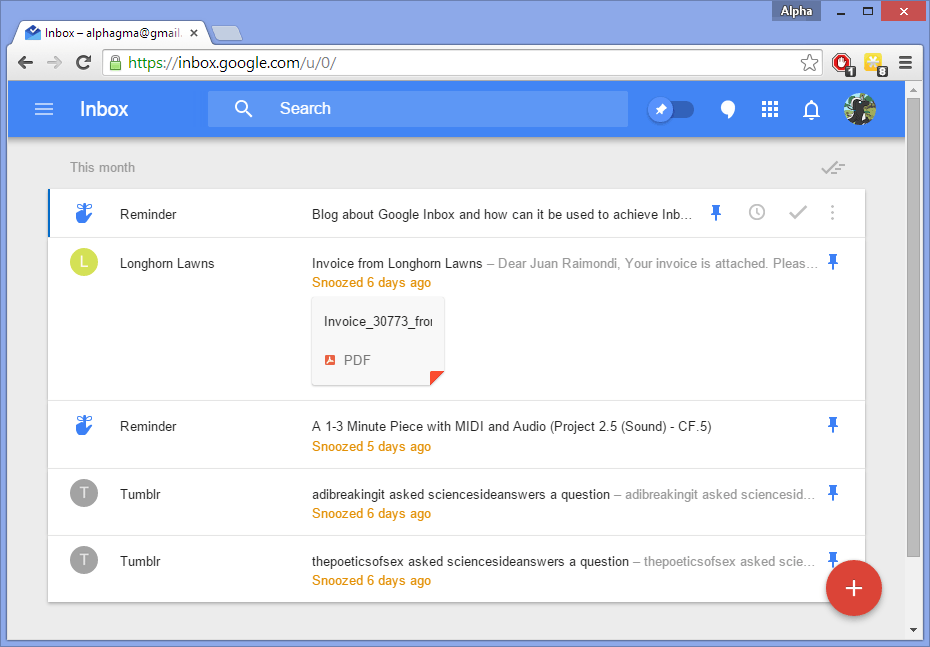 Google’s Inbox allows, beside email, to create items called “reminders”. These reminders solve for the usual problem that Inbox Zero had: if you make it your main incoming work, then how do you account for stuff you need to do that nobody notifies you about? Here is where reminders come in, since you can easily create a reminder with a few clicks and it sits on your inbox.

The second enhancement is the snoozing feature. You may find the case of something that you need to work on, but maybe you don’t have the time now, or maybe you need to do some other activities before you can work on that. This is where snoozing comes in: you tell a specific task to go away, and come back to your inbox at a specific point in time. The default options for tomorrow morning, afternoon and evening make it simple for those that use a single email address for their personal and professional lives, if you happen to have a daily job that also forces you to make such a distinction.

There’s also bundling, which you may already have seen if you were using the old Google Inbox that classified your email into different categories. (Sorry it’s confusing, but everything has the same name.) That is still present, and will appear as groups that you can expand. This is useful for things that are related or have different priorities, with a few already built in: purchases, travel, low priority. You can still create your own, based on filters or just on your email selections, and Google will allow these categories to learn your selections and prioritize new incoming email properly.

Update: As I was proofreading this I just realized Google added a “repeats” feature into snoozed reminders. Yay!

Google Inbox has just started and it is still in private beta, so take this criticism with a grain of salt, and it will possibly change in the future. Also, I’m pretty sure Google is working into making this better as I write.

I would love (and have asked for already) a feature that would allow to set a due date on something (emails or reminders), so that you know how far away are you from it and act accordingly.

I would also love for reminders to be able to hold content, such as notes or attachments related for the reminder. Emails have their content already, so if you happen to forgot the details of what you needed to do, you just need to re-read them. However, reminders are one-liners, and if that’s not enough, tough luck.

It is still not available for Google Apps, which is a shame because most people working for companies that uses it for work would greatly benefit from this. I’m pretty sure this is something that will come in the future, but this is just me talking, not Google.

The Google+ integration was thrown down a little bit, and the email editing controls are a little bit hidden, opposed as you would have on GMail. It doesn’t seem like such a powerful interface. If you happened to see the integration with GitHub or Google Docs (for example, the buttons that take you directly to a discussion), those are not present anymore. (Update: some of those are present now!)

There are iOS and Android applications available and you need to have them in order to setup your account, even though you can later on just use it on the browser. There is no tablet support for it yet, but there’s always the browser.

What do you think about Google Inbox? Have you had the chance to try it out? If so, how did it work for you?