Hello to you all

I’m really glad to announce that since some time ago, I had the opportunity to work along with the Doppler team for a new project, something that since that time was evolving, called Doppler Reports. This project finally became active and working publicly on July 27th. Let me tell you a little more about it.

What is Doppler anyway?

For those that are not aware of it, Doppler is a online email-marketing tool. It’s really complex, but explaining it just at a glance, you can use it to create email content online (template-based or editing it yourself online), and sending it massively to one or many of your pre-entered mailing lists. However, there is much more to it, and one of the big powers enclosed in such a tool is the ability to analyze the customer’s reaction to your mail campaigns. When you have ten, maybe twenty, fifty, or even a hundred customers, this is something you could easily do with lists. You check for your contacts, you see who opened the email you sent, you see who click on which link, and that’s all the information you need to go on.

Things have changed a lot in the business since that morning in 2005. What happens when you’ve got a thousand contacts. A million? No, I’m not exagerating. That’s part of our everyday work, maintaining a tool that daily sends millions of emails. How do we get results and present them to the users? The obvious answer is: reports.

Summarizing reports will give you the information youneed without having to scan for each of your contacts (because, of course, the system does it for you). And as technologies evolve, and as customer behavior evolves, and as marketing evolves, our tools needs to evolve too.

That’s where the Doppler Team saw the necessity of creating a new brand report application, in order to fulfill a lot of requests that our customers had from the previous version of our reporting tool. But this one would have to be thought for millions of emails, thousands of users, real time information and at the same time elegant and data-rich reports.

Then we entered the scene. I had the chance to work closely along with Juan Fazzini to design an architecture that would scale as Doppler would get bigger with all future features that it will get. So, in a Friday afternoon, a big white board, a notebook as recorder to keep track of everything we said (you know, documentation is important), we started brainstorming and dreaming about what Doppler reports would work like.

How is the architecture designed? 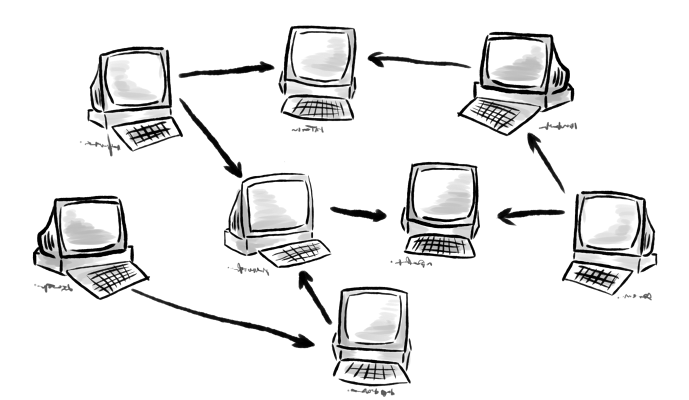 Every part of Doppler will work as a separated module, that can have many instances working at the same time. There is a special module which will take care of connecting all of the others between them, but these interconnection modules may work independently as well.

This means that we now have more catastrophic-error tolerance. If one server fails down, the other instance of the module will keep on working, and users will notice nothing, but maybe some little delay on the application.

This also means that if we have too much load, because of intensive use, we can just create new module instances and the interconnection modules load balancing will automatically take care of the load.

2. Security on each call

Having this modules out on the wild is no little thing for security. So, security had to be strong as possible, and we developed a communication protocol that would allow each module to check if the caller is in fact an authorized application and that it is ok to return data to it. If everything goes right, then the call is made and the results are returned. If something goes wrong, as like if you provided an incorrect token, you would never know what happened. This is not transparent at all for the end developer (and we know that), but it is as secure as it gets to prevent hackers.

This means that even when modules are out in the internet (not right now, but maybe someday), not anyone can access them. Even if they knew where they are and how to call it, it would just do nothing until clients provide an authorized token.

This also means that the keys that allow access to this module can be generated and in the future, the API for certain Doppler modules would be available for everyone (or just some users) to use. Do you imagine creating an application for your business that would automatically work with the data Doppler generated for you?

More than an architectural decision, this was a challenge. You already know that we are handling tones of data. How to load it quickly, how to achieve a high performance? For that, we decided to make some internal objects proxy-like, so that you would only get the information you request.

This means that you can now enter the dashboard screen summary report for one of your campaigns, and you would see (beware… long list coming): 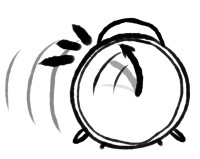 *breathes for air* Do you know how much time takes to Doppler Reports gather and show all that information? Less than 5 seconds. Let me emphasize that: **Less. Than. Five. Seconds. **That’s what takes me to read the first three lines of the page. Maybe four, maybe five. But before I finished doing that, all the page is completely loaded and working. And I have to say, mine is not a premium connection.

Of course, we also use caching. This adds another layer of interaction until we get to the data, but our caching framework provides us with the ability of habing the data ready for the user right away. Campaign data does not change very often unless you have just sent it, so for most of the cases, you will be able to check your campaign data as quick as any webpage would load up.

I mentioned before that Doppler had started to become more complex, and is now being designed with a modular approach. In this way, modules work independently and at the same time, they rely responsibilities on the module that really knows how to solve a certain problem, or to treat certain data. Having a modular design is terribly important for future changes. It allows our team to parallelize work, it allows our team (and application) to grow.

This has great consequences. On the users side, new features will be available sooner. New features, new improvements. Harder, faster, better, stronger. (As Daft Punk suggests we build our software.)

That impresses me, may I use it?

Of course, this new features are available to all users that have a Doppler account. If you don’t have one, you can even create one free and try the product for yourself: http://www.FromDoppler.com/

…I just want to say that I consider a personal achievement having been part of all of this. We tried to do something radical, and we have a radical product today. I think that all of the Doppler Team is very proud of what they have today, and I sure am too.

Oh, and this post has made its way into the GetCS blog. Make sure to check it out.

END_OF_DOCUMENT_TOKEN_TO_BE_REPLACED

Link of the day: Internet Safety

A couple of days ago, one internet link surfaced between all of the popular ones for being one-big-and-for-all resource for online safety. This safety I’m talking about is not only the kind of safety where you want to protect your data, but the one where you want to protect yourself and your family. If you’re close to technology, and if you live part of your life online, this is surely something you must think of sometime.

So, quite complete, right? Between the articles, there are some resources which you may interact with, organizations available to help you with your doubts or personal problems, and even to take you as part of them. Make sure to be safe.

END_OF_DOCUMENT_TOKEN_TO_BE_REPLACED

Link of the day: Parallel programming with C#

I just found out that the “Start page” for Visual Studio can really provide nice interesting articles and news. It’s there where I found a link to an unfinished series of posts called Parallel Programming. These are part of the C# Frequently Asked Questions blog, one of the very interesting blogs around the MSDN.

Happy Friday to all!