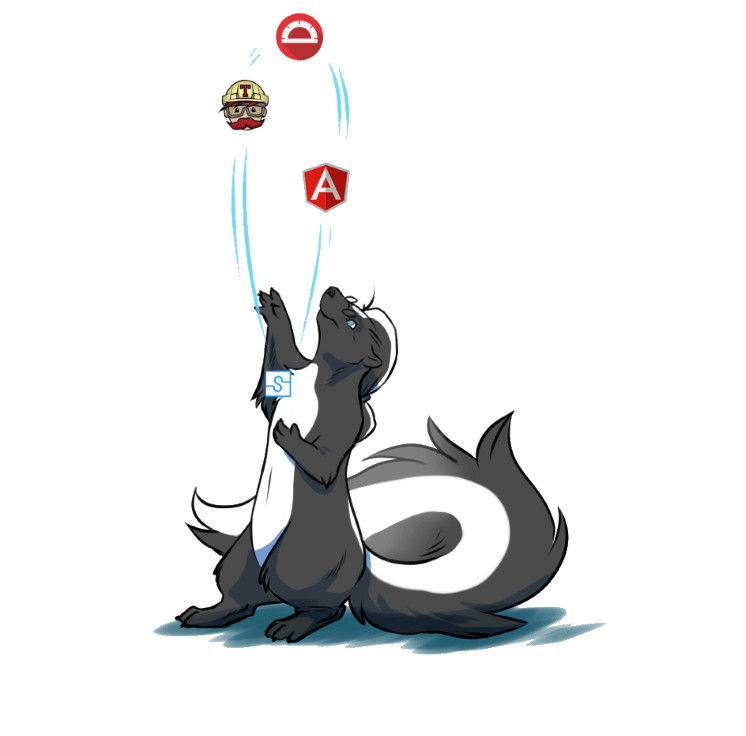 A few days ago I got the combination of Angular + Protractor + TravisCI + SauceLabs working together. There are a few quirks into making this work, but nowhere I found a comprehensive description to jump all the obstacles. Here I’ll describe what I did to get there.

First of all, the reasons

As you may remember, I have a project which is an Angular directive called ng-pattern-restrict, and while unit test did cover a lot of what I wanted the directive to cover, this directive is special in which it actually tries to modify what the user experience is like, going deep into browser API and input value control. As such, unit tests did cover that my logic was correct, but it did not cover what browsers actually would do. This is why I wanted to change to an automation framework, to actually measure what a final user would see and make sure that it matches exactly what I wanted.

For this recipe, you’re going to need the following tools:

A note about grunt

I actually wanted to make this work without grunt at all, for a few reasons. First, I could get more control over the details of what was being ran. Second, I would be able to limit the amount of dependencies required for my project and the simplicity for another developer to grasp it. While I love the idea, it proved to be a lot more complicated that I originally envisioned, but I cannot understand (yet) what the exact reason is for that. If you’re interested in the details of my journey and my numerous failures, check my question in StackOverflow: Protractor and Travis, cross-platform scripts (and other horror stories).

Getting Protractor to run locally

Achieving this part is actually pretty easy. Not only the guides in Protractor are quite accurate (and simple at the same time!), but also there’s a huge community that will help you with the most common issues that you may find. Most of these would be around the web-driver and interaction with the browser themselves, which is more closely to the realm of Selenium.

That’s all that it takes. This is how it works:

I believe that this step is necessary: you first want to make sure that everything works as expected in as many browsers as you can verify before going out to Sauce Labs. In doing so, you can be sure that everything that fails while executing on their platform has to do with the integration process and not with the test or functionality itself. Also, it is very handy to be able to test yourself before going out to SauceLabs.

I found it to be the easiest browser to run locally. Chrome is also an option. Opera does not support webdrivers and internet explorer requires some extra configurations to get it running, but it is possible. Safari, I honestly have no idea. Let me know in the comments if you know what’s needed to get Safari to run locally with the Selenium webdrivers.

We’ll only perform additions to our files so that we can execute both local and SauceLabs tests.

Don’t be scared by its size, it is pretty much what we did for our local configurations with a few additions:

At this point, SauceLabs will correctly execute our tests and provide feedback back to Travis. 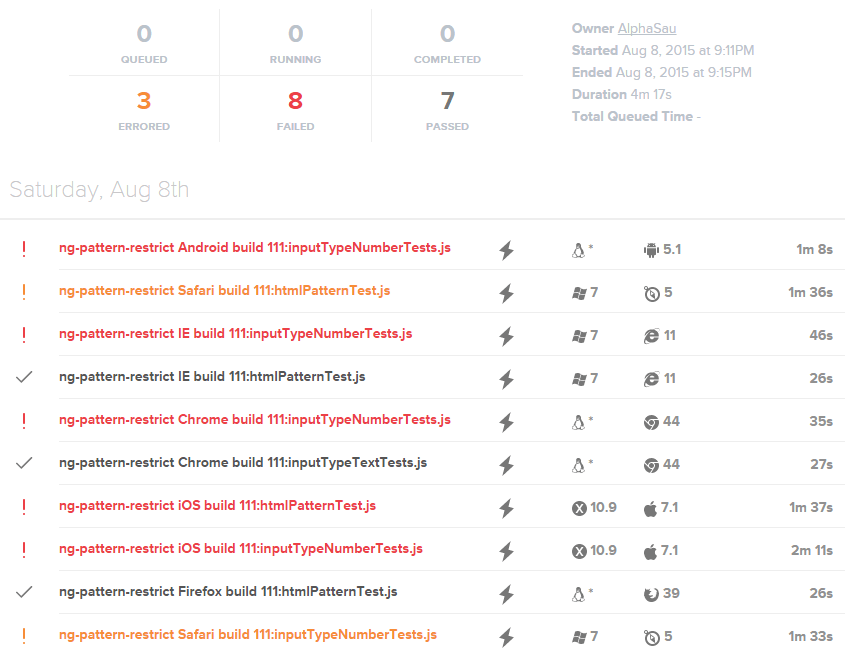 Now, getting your stuff to pass all the tests is up to you. ;)