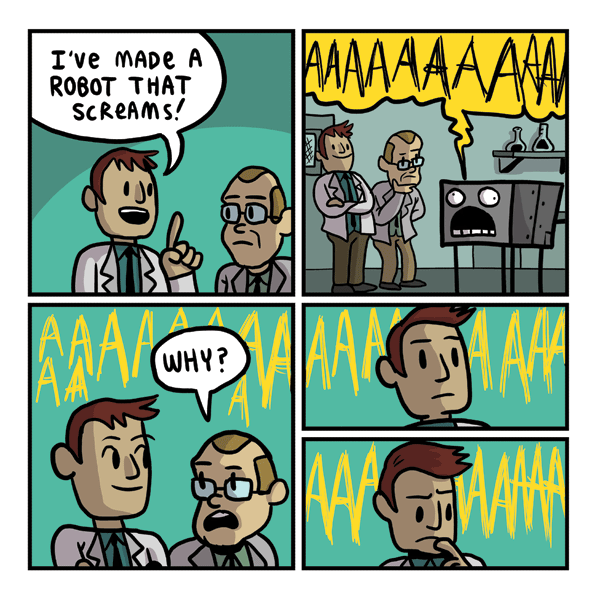 (Image used without permission from Gunshow comic: Robot that screams.)

If the word offends you, below the fold I use it a lot, so you might not want to read this article. However, I think it’s the most appropriate term.

I wanted to try out a few text generation tools so I decided I would make a bot that would generate shitposts. Now, you might not be familiar enough with this term so let me give you a quick introduction to it.

Shitposting is, in spite of what Wikipedia says this time, a low quality post that might revolve around memes or occurrences. Usually bad or bizarre enough that they cannot even qualify as jokes, but become jokes because of the sheer absurdness of it. Without going further, let me give you an example: 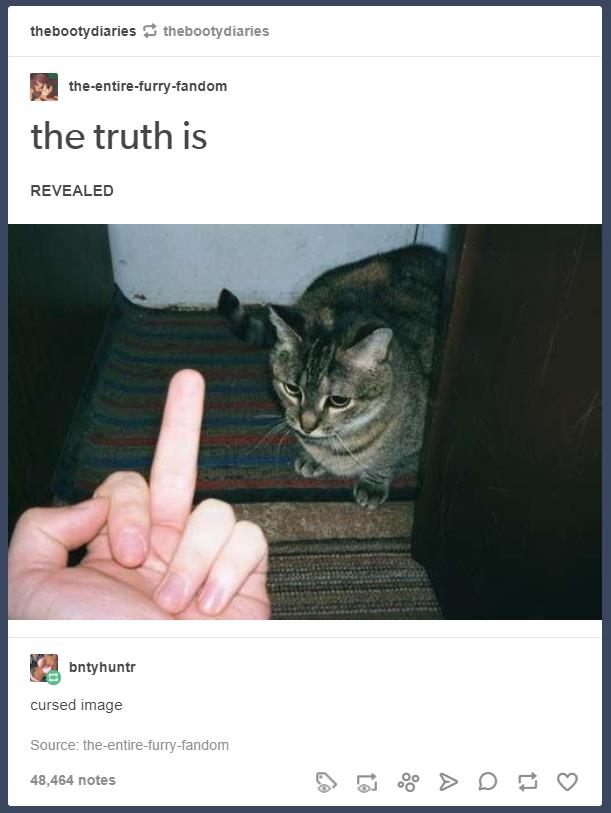 I find these hilarious but that is besides the point.

At this point, I wanted to generate some text that would contain enough grammatical conciseness to be considered a full correct sentence, while at the same time sometimes not making enough sense to be some of the shitposting quality that I enjoy so much.

I instantly though in using some kind of Markov chain that would allow me to construct sentences including proper word usage and positioning. I thought of making the Markov chain, by word, from 5 to 6 words, but the graph would have become hugely memory intensive very soon, very fast. As such, I decided to keep it low, somewhere between the 2 and 3 word of of previous state for prediction. Going lower than that would render very low quality results, even lower than expected for these cases.

My modus operandi would be to read textposts from Tumblr, from a few select blogs/tags that have the quality I expect and want as example, store that text and generate new sentences.

With that, my entire toolset would look like this:

With this, I have completed the first part of my challenge. As for the second part:

Now, the main tool I used (markovify) is extensible enough that allowed me to play with different approaches to word splitting and positioning, so I actually mixed it up with some of the Gunterberg texts and the word classification functions from NLTK. Doing so was incredibly simple:

This was probably the hardest part, and as you can see, it was barely hard at all. Markovify’s author Jeremy Singer-Vine did an incredible job at making these classes extensible and they are very well documented, something quite unusual in the Python environment. The tool is very memory-aware too, so it works incredibly quickly and does not consume lots of resources.

The only missing part is reading information from the blogs and to store it, which is as simple as you might imagine:

Yes, there is definitely place to improve this: you can tell that I’m opening and closing the file too many times, and that there are zero-to-none validations on the text. I was going for a quick implementation and a barely functional bot. But let’s talk about the text cleaning later on.

The Tumblr client was the easiest part of all:

After this was all done, the bot was ready to run, and indeed it ran.

However, the quality of the posts where a lot lower than I initially imagined. So here are a few post-considerations that I took in order to make it better:

Finally, I did setup a docker image that encapsulated all of this and initialized it with the right contents. While I really wanted to use a python-alpine distribution, some of the libraries were having issues with it and I did not investigate that further.

After all of this, I already had a bot that generated a lot of nonsense. Instead of fighting against correct capitalization, I decided to make everything uppercase, as “shouting” might give it a more humorous effect (in the sense of yelling for something urgent yet nonsensical) and called it screaming-bot. I dressed it up as a tumblr account and I added some screams to it.

I had, indeed, created my own screaming robot. Why? Hm.

You can visit it here: screaming-bot. Don’t expect much.

You cans see the full source code at its repository in github.

Let me delight you with some of the best creations of this bot.